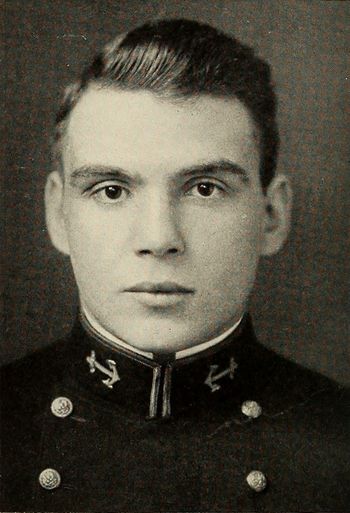 From the North Adams Transcript on February 5, 1949

Inyokern, Calif. Feb. 5 (AP)--Thickening weather threatened today to hamper an aerial search for a plane missing for two days from the navy weapons testing ground near here. It carried seven men, five of them civilian scientists. More than 100 planes combed the Fresno-Bakersfield-Inyokern area, where it was learned the plane might have landed shortly after it left the Inyokern airport at 6:30 a.m. Thursday. Fifteen minutes later it was reported at 10,000 feet over Walker's Pass, 50 miles from the field.

There was no further word from the plane but one report told of a plane being heard in a snowstorm about the same time. Jim Jorgensen, a mine superintendent, also told of hearing cries for help from his cabin in the densely wooded Kern Reiver canyon, but he was unable to determine their direction. Ten relief pilots were sent from Eleventh Naval district headquarters in San Diego last night, and ground parties and mobile equipment moved into the area from Isabella, a few miles south of Kernville, where the army set up a communications unit.

Minvielle, 6 Others Found In Wreckage

The pilot of a navy transport plane, husband of a Portland woman, his co-pilot and five scientists were found dead Friday in the wreckage of the plane, which crashed In California's Sierra Nevada mountain range Feb. 3, the navy announced. The pilot was Comdr. Alphonse Minvielle of San Francisco, husband of the former Eleanor Dawson of 548 Stevens Avenue. They have four children.

The navy reported a ground party had reached the plane 17 miles from the town of Inyokern In Kern County. Calif, and was readying, according to the Associated Press, to bring down the bodies. The wreckage was at the 7.000-foot level near Owens Peak. The scientists were enroute from Inyokern to a scientific meeting at Berkeley.

Alphonse’s wife was Eleanor Dawson Minvielle, sons James A., Peter M., and Paul, and daughter Aline. His brothers were Lawrence and John, and sister Mrs. (Mary Jane) Carl Hunt. In 1920, his father Bernard was a laundry machinist, and his mother Rose was a hotel chambermaid. His parents and brother Lawrence immigrated from France to California right before Alphonse was born.

In the 1950 and 1960s, Alphonse’s wife taught school at St. Joseph’s Academy and Cathedral High School in Portland, Maine. She taught Religion and English and guided the National Honor Society and Civics Club.

The first child of Eleanor Ross Dawson and James W. Dawson, Eleanor was born on the 13th of June 1922, at home on Winter Street. Not long thereafter the family moved to Stevens Avenue, near Deering Center.

Eleanor was one of those Portland residents who received all or most of her formal education on Stevens Avenue, from primary school through to college. For Eleanor this meant St. Joseph's Grammar School, St. Joseph's Academy (H.S.) and finally St. Joseph's College, having been a member of the Walton Street Society (alumnae of Our Lady of Mercy) before the College moved to Standish.

During World War II and while not yet done with her college studies, Eleanor was introduced to a U.S. Naval Academy graduate from San Francisco, who was a pilot on the aircraft carrier USS Wasp temporarily in Casco Bay. After several flights to Portland and a few dips of the wings over Baxter Woods, LT Alphonse M. Minvielle and Eleanor were married at St. Joseph's Church (Stevens Avenue) on a cold, blustery October (1942) day during a hastily arranged military leave. Home thereafter were bases in Florida, Virginia and California. Along came children one through four in rapid succession.

Then the unthinkable tragedy. While Commander Minvielle had survived several days floating in the Pacific after his ship had been torpedoed, he did not survive his own plane's crash in the desert mountains of Southern California early in 1949.

Soon the young mother and her very young children returned to Portland to be with family. Even then Eleanor was a strong proponent of God, country and family. (All four of her children served in the military.) She definitely liked the idea that her generation was 'the greatest generation.' When her youngest child was not yet done with grammar school, 'Mrs. Minvielle' returned to finish her degree requirements and subsequently spent over two decades teaching English, Social Studies, and Religion at Cathedral High School and Catherine McAuley High School.

Whether raising her children, teaching school, volunteering, or even enjoying such simple pleasures as sending/receiving greeting cards, working crossword puzzles, spotting rainbows, playing bingo or just keeping track of people and events, Eleanor always seemed to draw her strength and to muster her energy from God, country and family, as did (still do) many of her generation.

Alphonse� is buried in California.

Ensign, USS Chester
Others at this command:
ENS John Miller '37

Alphonse is one of 72 members of the Class of 1938 on Virtual Memorial Hall.

Retrieved from "http://usnamemorialhall.org/index.php?title=ALPHONSE_M._MINVIELLE,_CDR,_USN&oldid=141909"
Categories:
This page was last modified at 13:29 on 13 September 2021.
About USNA Virtual Memorial Hall