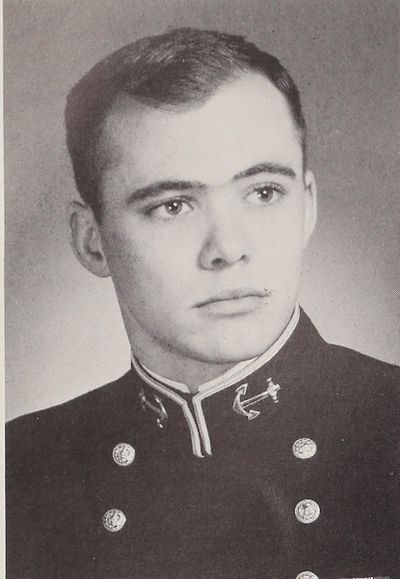 LTJG Arnold W. Barden Jr, USN, USNA Class of 1969, was killed in action on 20 September 1971 14 km. W-SW of Duc Hoa City in South Vietnam. He was piloting a UH-1B when his main rotor departed in flight due to hostile action over Bien Hoa Province. He was assigned to the SEAWOLVES of HA(L)-3 [HELATKRON -3] [Helicopter Attack Squadron 3] with USNAVFORV [US Naval Forces, Vietnam]. He had been flying missions in-country for 9 months. Other members of deceased crew consisted of LCDR Laurence L. COVER, AMS1 Harold E. COWEN and ADJ2 Charles H. Goldbin. 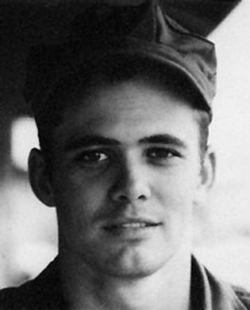 Arnie,
It's been tough to learn of your passing. As your roommate at Villanova Prep for the first two years of high school we got to know each other pretty well. You were the reason we passed room inspection every Saturday.You must have known Annapolis was in your future. I remember very fondly the weekend your folks invited me down to your home at El Toro Marine Base to spend the weekend with all of you. Your Mom and Dad were such warm and kind people - I'm so sad they had to face the unimaginable tragedy of your loss. Before I go, I wanted you to know that I dedicated my career to you and all the others who weren't able to come home from that war. I was in the Submarine Service, fulfilling a childhood dream, but I had it safe and easy and made it back to go to college. Thank you for the courage and spirit you and your comrades passed on to me - it has made all the difference. HUGH BARRETT, 5/25/14

I was so lucky to get to know you at Huntington Beach High School. You were the friendliest person with a terrific personality. You use to call me Plum because my favorite color was royal blue and I wore a lot of it. I am so greatful for all you did so we can enjoy this great country. I am sorry it took me so long to acknowledge your ultimate sacrifice CONNIE (ANDERSON) BOWERS, SISSY46_9@MSN.COM, 6/5/11

Retrieved from "http://usnamemorialhall.org/index.php?title=ARNOLD_W._BARDEN,_JR.,_LTJG,_USN&oldid=8068"
Categories:
This page was last modified at 15:02 on 10 February 2017.
About USNA Virtual Memorial Hall