Cannot find any mention of him in the 1975 Lucky Bag, though he is a graduate of the class of 1975. The Naval Academy Alumni Association does not have a portrait for him, either. 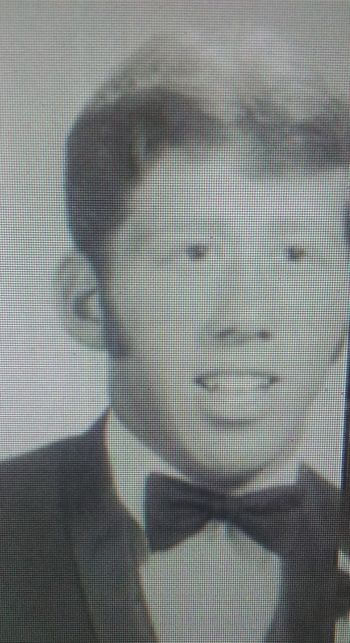 Christopher was lost on November 3, 1980 when his F-4S crashed in the Atlantic.

From the January/February 1981 issue of Shipmate:

Capt. Christopher Duke Allemand USMC was killed in an aircraft accident at sea off the South Carolina coast on 3 November 1980. Memorial services were held at the Marine Corps Air Station, Beaufort, South Carolina, on 6 November.

Appointed to the Naval Academy from the State of California. he was graduated with the Class of 1975 and took his commission in the Marine Corps. While at the Academy he was a member of the varsity football team. After completion of flight officer training, he became a radar intercept officer and was assigned to Marine Fighter Attack Squadron THREE TWELVE at Beaufort in 1978. He served as an air combat tactics instructor, a flight line officer, weapons and tactics instructor, and was a graduate of the Navy Fighter Weapons School at the Naval Air Station in Miramar, California. He was a member of the Naval Academy Alumni Association.

He is survived by his widow Marscha. 487 Laurel Bay Blvd., Beaufort SC 29902: and his father and mother of Burliname, Califomia.

He was a standout baseball player in high school, and was a part of the Navy Plebe team that played in Mexico City in 1971.

From The Charlotte Observer on November 4, 1980:

A Marine F-41 Phantom fighter jet with two crew members aboard crashed and disappeared into the Atlantic Ocean about 50 miles southeast of Charleston Monday.

The crew was assigned to DMFA Squadron 312 at a Marine Corps station near Beaufort.

A Marine official said there was no sign that either man parachuted to safety.

Marine and Coast Guard search and rescue airplanes and helicopters were launched from the air station and from Cherry Point, NC, immediately after the crash was reported around 10:50 am, the official said. He said no wreckage had been found by late Monday.

Another Marine pilot spotted the jet falling into the Atlantic and put out a call for help. The officials said the fighter jet was on a routine intercept training mission.

Christopher is one of 8 members of the Class of 1975 on Virtual Memorial Hall.

Retrieved from "http://usnamemorialhall.org/index.php?title=CHRISTOPHER_D._ALLEMAND,_CAPT,_USMC&oldid=131940"
Categories:
This page was last modified at 16:05 on 5 October 2020.
About USNA Virtual Memorial Hall