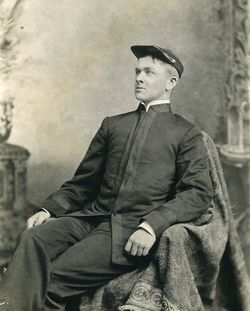 Clarence was lost on July 28, 1906 when he was struck by a bullet while on the bridge of Chattanooga (Cruiser No. 16) in the port of Chefoo, China. The bullet had been fired from a French cruiser in the port while conducting small arms practice.

Retrieved from "http://usnamemorialhall.org/index.php?title=CLARENCE_ENGLAND,_LT,_USN&oldid=53754"
Categories:
This page was last modified at 14:34 on 28 September 2020.
About USNA Virtual Memorial Hall