Galen graduated from Tahlequah High School in '60 and in July of that year, abandoned the Ozark hills of which he was very fond and took up his residency at the Naval Academy. While at USNA, Gil spent more of his time counting the days until leave, than anyone else. The most remarkable thing about this "Sooner" was the fine grades he obtained with a minimum of study time. His quiet, easy-going personality could be found in whatever he did, from academics to athletics. Galen gave much of his time and talent to the Methodist Church in Annapolis. In the field of athletics, he spent many hours on the squash courts, improving an already superior game. Most certainly, whatever field of endeavor Galen follows in the future will be crowned with success. 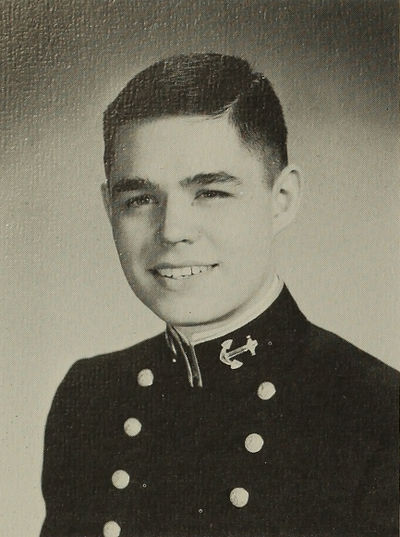