The parents of James Dale Jones and one brother reside in Pontiac, Michigan. Wrestling on the Plebe and Varsity teams during his first three years, he decided to participate in the less demanding Battalion intramural sports of football, lacrosse and fieldball when he received the striper position as 4th Battalion Commander. Teaching Sunday School and taking a Lay Leader Class were the extent of his extra-curricular activities as he concentrated a great deal of time on his studies making the Superintendent's and Dean's Lists consistently the last five semesters of his Academy stay. Planning a career in the Marine Corps, Dale hopes to enter the Immediate Masters Program. 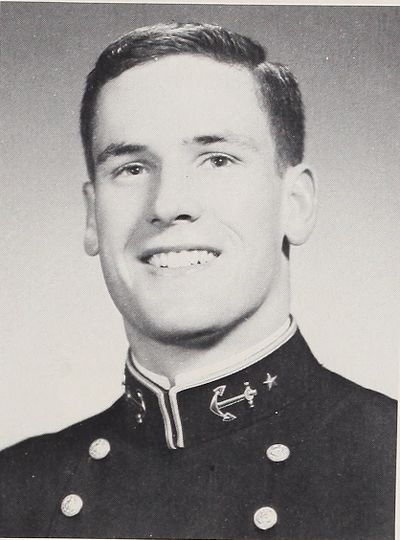 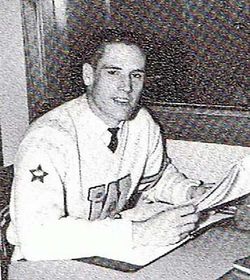 James the husband of Carol J. Jones, the son of Eugene J. Jones and Jeanne G. Jones of Pontiac Michigan was commissioned a 2d Lieutenant on June 5 1968 in Annapolis Maryland. He arrived in Vietnam on May 9 1970 where he was assigned for duty and served with Company I, 3d Battalion, 5th Marines, 1st MRDIV (Rein) FMF.

During the the month of November the Battalion continued to conduct assigned combat operations from Fire Support Base Ross in the vicinity of Que Son, in the Que Son District of Quang Nam Province.

On November 28, Company I under the command of 1Lt Jones was placed under the operational control of the 2d Battalion, 5th Marines and inserted by helicopter 1 kilometer south of Hill 953 and began to participate in Operation IMPERIAL LAKE.

The men began to search for the elusive enemy and on the second day found a base camp which included several huts and caves. As the search progressed, the Marines were hit by sniper fire, one of the enemy missiles struck the CO, 1stLT James Jones and killed him.

I remember vividly when you came to spend the night at our home on your way to your 1st tour in Vietnam. You were one of the tallest, strongest, most amazing men I'd ever met. Mom tried on your PJ's, and your waist band came to her neck! I visited the DC Wall and touched your name and felt the thunder of the reality of your ultimate sacrifice. Words fail me on this Veteran's Day... May God bless you in Eternal Peace, great Soldier! DAVID R. HOUGH, 5/29/16

Those of us who were with you on that fateful day will never forget the sacrifice you made trying to protect the rest of us.

The people of India Co. 3rd Bn. 5th Marines 1st Marine Div. is proud to call this Marine our friend. We will miss you our friend and will always remember. Semper Fi and thank you. CURTIS EIDSON, 7/31/00

I remember with fondness the salutatorian of our high school class: WTHS '64. We were all so proud of Dale when he went off to Annapolis. He is still missed. S. MURPHY, 6/1/00

Richard Buzzell '68 and John Esposito '68 were also in 22nd Company.

Retrieved from "http://usnamemorialhall.org/index.php?title=JAMES_D._JONES,_1LT,_USMC&oldid=13665"
Categories:
This page was last modified at 14:34 on 7 October 2020.
About USNA Virtual Memorial Hall