"The Little Wop" often known as "Espo 67' has been very active at USNA in sailing as. a skipper. To further his future Naval Career, Jack has been majoring in Aerodynamics and plans to go into Naval Aviation.

It has been very interesting to follow Espo's life from week to week. Variety is the spice of life seems to be his motto.

No matter whether or not its girls or the Navy, there is no doubt of his success in the future. 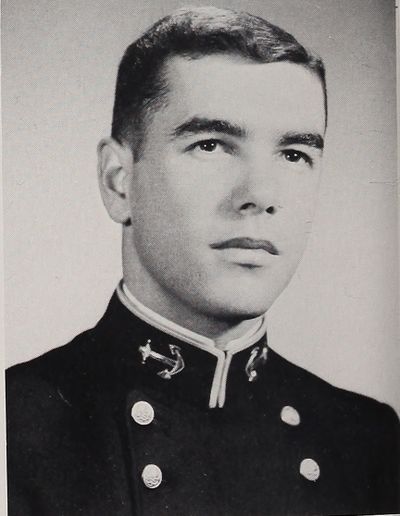 Retrieved from "http://usnamemorialhall.org/index.php?title=JOHN_P._ESPOSITO,_LT,_USN&oldid=4110"
Categories:
This page was last modified at 09:47 on 7 July 2016.
About USNA Virtual Memorial Hall