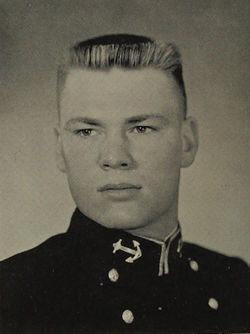 At the time of his death, Lieutenant Commander Gosen was survived by his wife, Patricia; son, John; daughter, Stephanie; parents, Jason and Sara Gosen; six brothers and five sisters. Twin daughters Kriss and Leigh, were born shortly after his death.