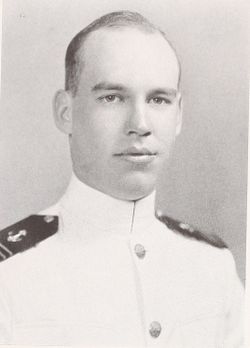 His memorial marker and a listing of losses in that Pacific theater in Honolulu both list him as a LCDR. Believe his was likely a posthumous promotion.

Retrieved from "http://usnamemorialhall.org/index.php?title=RICHARD_L._HELM,_LCDR,_USN&oldid=22816"
Categories:
This page was last modified at 12:12 on 10 October 2017.
About USNA Virtual Memorial Hall