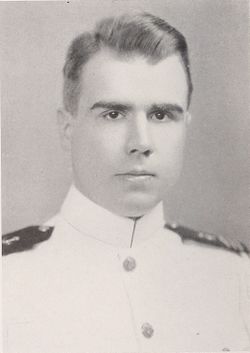 Robert S. Whitman married Josephine Porter. It is not known if they had children.

Robert Scott Whitman, Jr. was appointed a midshipman at the US Naval Academy from New York on 24 August 1935.

He graduated on 01 Jun 1939 from Annapolis and reported to his first sea duty tour aboard the heavy cruiser USS Quincy (CA 39) on 26 Jun 1939. On 01 February 1941, Whitman was detached from the Quincy. He began flight training on 17 March 1941 at the Naval Air Station (NAS) at Pensacola, Fla. He earned his naval aviator wings there and then received further instruction at the Transition Training Squadron, Pacific Fleet, before he reported to Patrol Squadron (VP) 44 on 4 November 1941.

Patrol Squadron Forty-four (VP-44) departed from the Naval Air Station, Alameda, CA for Pearl Harbor, T.H., in two divisions of six planes each. The first of these left the United States on March 26, 1942. The second, because of unfavorable weather, delayed its departure until April 12. Ordered to Midway for extended operations, PATRON 44 arrived at Eastern Island on the 22nd of May and began long range reconnaissance flights on 27 May. During the first few days of June 1942, the VP-23 and VP-44 PBYs based at Midway flew long patrols over the trackless ocean, searching for signs of enemy shipping. Then on 3 Jun came the first surface contact reports from the VP-23 PBY searchers. The following day, 04 Jun 1942, pilot Lt. (j.g.) Robert S. Whitman and his PBY-5A Catalina from VP-44 were airborne again when he reported contact at 0925 with enemy ships (probably the Japanese Occupation Force), antiaircraft fire, and that his aircraft was being "opposed by two enemy observation planes." Japanese Mitsubishi F1M2 Type 0 floatplanes from the seaplane carrier Chitose had attacked Ltjg Whitman's Catalina about 340 miles west of Midway. During the attack Whitman and four other crewmen were killed and one mortally wounded, and the plane set afire. AOM2c Philip L. Fulghum, the PBY’s bow gunner, continued to man his .50-caliber machine gun, and sent one of the attackers away trailing smoke. On his own initiative, with a crash imminent, Fulghum released the plane’s two 500-pound bombs. After the crash, AMM1c Virgil Ruel Marsh, despite the roaring flames, freed a rubber boat from the plane, which AMM2c John C. Weeks repaired. Fulghum then assisted the wounded into the raft. Several days later, June 6, 1942, a PBY commanded by Ltjg Norman Bradley located the five men in the raft. He safely picked them up and returned them to Midway. Ensign Camp died on Midway of his wounds on 07 Jun 1942. After the battle of Midway Patrol Squadron 44 returned to Pearl Harbor on 09 Jun 1942.

Ltjg Whitman was awarded the Purple Heart. His remains were unrecoverable.

“In grateful memory of Robert Scott Whitman, Jr., United States Navy, who died in the service of his country at Midway Islands, 5 June 1943 (Presumed). He stands in the unbroken line of patriots who have dared to die that freedom might live, and grow, and increase its blessings. Freedom lives, and through it, he lives – in a way that humbles the undertakings of most men.

Retrieved from "http://usnamemorialhall.org/index.php?title=ROBERT_S._WHITMAN,_JR.,_LTJG,_USN&oldid=22791"
Categories:
This page was last modified at 16:10 on 21 June 2022.
About USNA Virtual Memorial Hall