Thomas Hall O'Brien was admitted to the Naval Academy from At large on July 23, 1951 at age 19 years 7 months.

His loss was noted in the March 1964 SHIPMATE, incorrectly, as occurring in Korea. 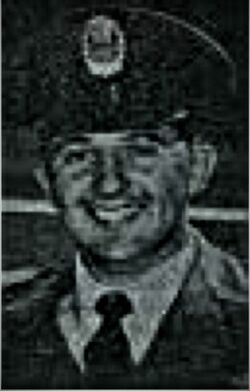 Retrieved from "http://usnamemorialhall.org/index.php?title=THOMAS_H._O%27BRIEN,_CAPT,_USAF&oldid=68794"
Categories:
This page was last modified at 10:24 on 8 October 2018.
About USNA Virtual Memorial Hall