Pat came from the great state of Virginia to the Academy as no stranger. His brother was in the class of '64, his father was graduated in '39. Pat has always faced life straightforwardly, except plebe year when he and his chin looked at the world with a 15° port list. One of the few men around that can see humor in almost anything, he has often dispelled tense moments with a quip that makes everyone forget the tension of the time. Taking 27% hours a semester while doing a great job in Company sports doesn't leave you much time. But he always had time to encourage you to do a better job and has helped plenty of academically low, spiritually low, or just plain mean old men with his encouragement. Wherever he goes Pat will take with him the same contagious philosophy that has made him such an asset to the Academy. 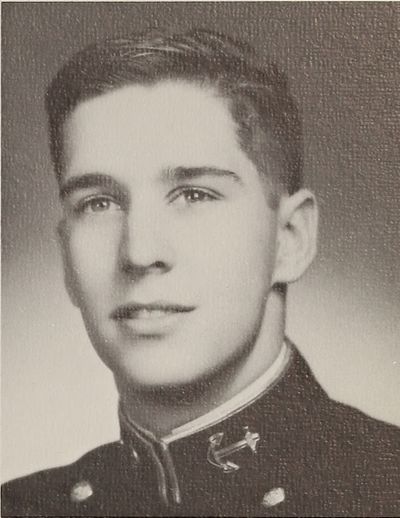 Richard Williams '66 and Michael Wunsch '66 were also in 11th Company.