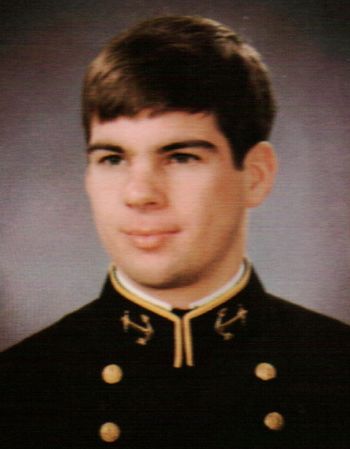 There were a total of four aircraft on site when the accident occurred. Two Cobras’ were flying high, popping flares for illumination, while two Huey’s were attacking simulated ground targets. As the first Huey was breaking off the second Huey was rolling in hot when a mechanical failure occurred and the aircraft crashed. Both pilots were killed on impact. Three other crew members sustained moderate injuries and were medevaced to Yuma Regional Medical Center. Allen Herring, Involved

Captain Anthony W. Stancil was born in Greenville, North Carolina, on June 1, 1964. He graduated from the United States Naval Academy in May 1986, earning a degree in engineering.

Captain Stancil is survived by his parents, George and Brownie Stancil, and his brother, Scott.

Anthony is one of 8 members of the Class of 1986 on Virtual Memorial Hall.