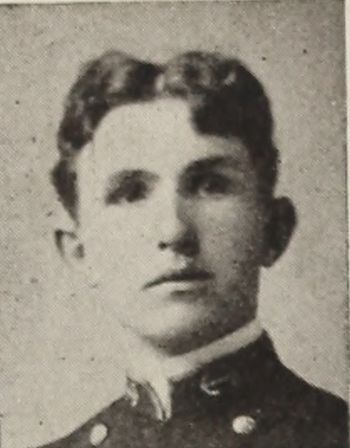 Benjamin died on August 18, 1920 of either the flu or cancer, or perhaps "acute indigestion." He was commanding officer of the Mare Island, California station ship at the time.

In January 1920, Benjamin was living in an apartment at 321 Grant Avenue, San Francisco, 31 miles away from Mare Island. Later he moved to an apartment at 599 O'Farrell Street. On the day he died, he reported indigestion to Mrs. Dunphy in apartment #4. She gave him some bicarbonate at 4:30 p.m., and Dr. Wallace H. Barnes was summoned. He arrived at 5:15 p.m. and declared Benjamin dead of an unknown cause. The funeral home was Halsted & Company, and its records show that Benjamin's stomach was sent to a chemist. No report was found.

He "died in the hospital at Mare Island naval station, California." He was survived by his mother.

Benjamin is buried in Ohio.

From the Military Museum:

Early in 1912, Lieutenant Benjamin G. Barthalow of the Regular Navy, was detailed as instructor for the Naval Militia of California and under his guidance regular gun crews were organized and trained. On July 6, 1912, these gun crews with as many officers and men of the Naval Militia as could be accommodated on board the "Marblehead," steamed for Bremerton and Port Angeles for target practice for the first time with large caliber guns. The target practice was done under the official inspection of Lieutenant Barthalow, United States Navy, and was officially reported by him to the Navy Department. The record established by the Naval Militia of California at this shoot was its crowning achievement, and was in fact marvelous for new men. The shooting was claimed by Adjutant General Edwin A. Forbes, to be the best ever done in the world by any gun crews of any navy at any time or place.

Benjamin was then the commissioning commanding officer of USS Smith Thompson (DD 212) from December 1919 to January 1920.

A full chronology of his career was printed after his death.

The President of the United States of America takes pleasure in presenting the Navy Cross to Commander Benjamin Grady Barthalow, United States Navy, for distinguished service in the line of his profession as Commanding Officer of the U.S.S. LENAPE, engaged in the important, exacting, and hazardous duty of transporting and escorting troops and supplies through waters infested with enemy submarines and mines during World War I.

Benjamin is one of 6 members of the Class of 1900 on Virtual Memorial Hall.

The "category" links below lead to lists of related Honorees; use them to explore further the service and sacrifice of the alumni in Memorial Hall.
Retrieved from "http://usnamemorialhall.org/index.php?title=BENJAMIN_G._BARTHALOW,_CDR,_USN&oldid=135690"
Categories:
Hidden categories: