Costello Page Massey was admitted to the Naval Academy from Virginia on June 19, 1928 at age 19 years 3 months.

Costello is listed as a Plebe Year Casualty of the Class of 1932. 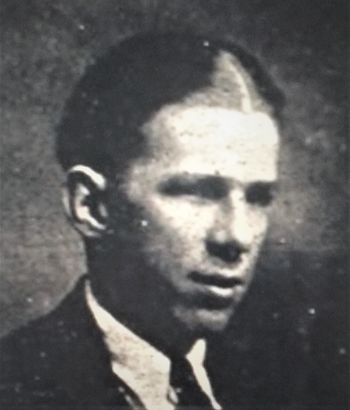 From his 1927 high school yearbook

Costello was lost when USS Quincy (CA 39) was sunk early in the morning of August 9, 1942 by Japanese surface forces at the Battle of Savo Island.

He was survived by his wife and a daughter; his wife later remarried. Costello has a memory marker in Virginia.

In his high school junior year at Morrison High School, he was a shortstop for the baseball team and belonged to the Hi-Y Club, a group promoting high standards of Christian character.

In his senior year, Class of 1927, he was known as "Cossie." His description read: "The thoughts of youth are long, long thoughts." Energetic and ambitious, Costello combines with these fine traits a sense of humor and the Irish ability to cajole the world to his way of thinking. But most of all Costello is a loyal friend and we hate to lose him.

His senior year, he was president of the journalism club, associate editor of school newspaper The Haymaker, secretary-treasurer of Hi-Y, and was a substitute on the baseball team.

Costello is one of 53 members of the Class of 1932 on Virtual Memorial Hall.

The "category" links below lead to lists of related Honorees; use them to explore further the service and sacrifice of the alumni in Memorial Hall.
Retrieved from "http://usnamemorialhall.org/index.php?title=COSTELLO_P._MASSEY,_LT,_USNR&oldid=121667"
Categories: