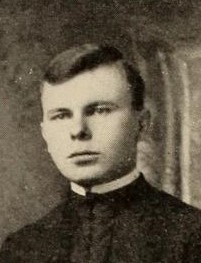 Photo cropped from "Editors of the '97 Lucky Bag" page.

Photo cropped from "Editors of the '97 Lucky Bag" page. 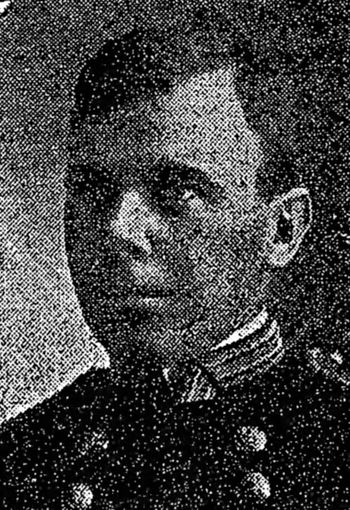 From the Detroit Free Press on October 13, 1903. Located by Kathy Franz.

Daniel "died at Mare Island, Cal." on August 10, 1909. He was stationed at the Navy Yard there. He died of "febris typhoides" (typhoid) per his mother's pension request (which was denied). From researcher Kathy Franz: "He left USS Washington on June 28 to be examined there for promotion. And then contracted the disease."

The Baltimore Sun reported (three days after his death) that he had orders to the Naval Hospital "to continue treatment."

He is buried in Michigan with his parents. He was survived by his mother, two sisters, and a brother.

In October 1903 the Detroit Free Press had an article on the occasion of his promotion to Lieutenant. It marked "another step upward on a career which has been little short of phenomenal and which has been won solely on merit." He was taking a furlough to visit his mother and sisters in Detroit.

He was a member of the board conducting trials for the "submarine boats" Plunger, Porpoise, and Shark. He also wrote an article on "Speed and Coal-Consumption Curves."

He was an usher in a wedding of his classmate in 1903.

Daniel is one of 3 members of the Class of 1897 on Virtual Memorial Hall.

The "category" links below lead to lists of related Honorees; use them to explore further the service and sacrifice of the alumni in Memorial Hall.
Retrieved from "http://usnamemorialhall.org/index.php?title=DANIEL_S._MAHONY,_LT,_USN&oldid=135750"
Category:
Hidden categories: