George Peter Varver, Jr. was admitted to the Naval Academy from Washington on June 27, 1955 at age 18 years 10 months. He was "deficient in studies; honorably discharged" on June 7, 1956. 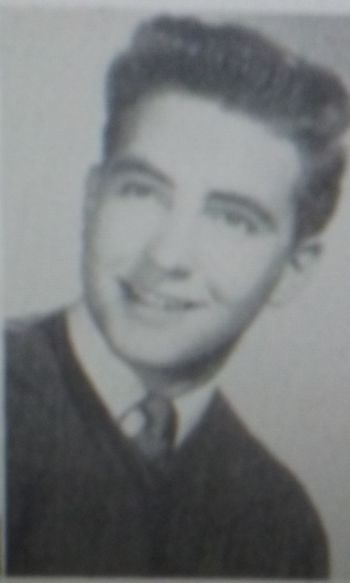 The Daily Courier from Connellsville, Pennsylvania had news of the crash on Friday, December 14, 1973, and included the following:

Note: the copilot's middle initial was incorrectly given in the above report. The pilot's name was David Monroe. (Information from James Owenby's son via email on July 31, 2019.)

From the June 1974 issue of Shipmate:

Born in Seattle, Wash., LCdr. Varver entered the Naval Academy with the class of 1959. He left the Academy and received his BA in Finance from the University of Washington. He joined the Naval Reserve and went to Officer Candidate School. H e also attended the U.S. Naval Communications School in Newport, R.I. He served in USS Sirius and as XO USS Tatnack. At the time of his death he was a member of VR-51 Transport Squadron at Whidbey Island Naval Base. For the last six years he was a pilot-flight engineer for Pan American World Airways.

LCdr. Varver was a member of his church, the Washington Athletic Club, the Naval Reserve Association and the Airline Pilots Association.

Lieutenant Commander Varver received his appointment to the U.S. Naval Academy in 1955 and received his commission as a Naval Officer at Newport, R.I. in 1959. He joined the Naval Air Reserve at Sand Point and was assigned as executive officer on a sea going tug stationed at Pier 91. On December 13, 1973, while on a mission to pick up personnel from Whidbey Naval Station, to return them to their families for Christmas, the Navy plane crashed on Great Sitkin Island in the Aleutian chain. He is buried in Evergreen Washelli’s Veterans Memorial Cemetery—Bunker Hill Section.

He is buried in Seattle, Washington.

George is one of 32 members of the Class of 1959 on Virtual Memorial Hall.

Retrieved from "http://usnamemorialhall.org/index.php?title=GEORGE_P._VARVER,_JR.,_LCDR,_USNR&oldid=129481"
Categories:
This page was last modified at 14:10 on 21 September 2020.
About USNA Virtual Memorial Hall