Henry Kennedy Benham was admitted to the Naval Academy from New York on May 19, 1884 at age 16 years 9 months. 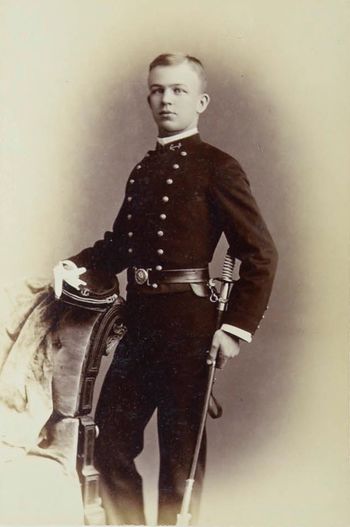 Henry died of appendicitis at the Naval Hospital at Key West, Florida, on June 27, 2018.

In the 1900 census, Henry's birth was listed as July 1867. He actually was counted twice: at home with his parents and sister Eddith, and also on the USS Texas at Newport, R.I. Henry married Elizabeth Riley on 4/23/1901. His father was retired Rear Admiral Andrew Benham. Henry was commanding the torpedo destroyer Truxton when he died.

Henry is one of 4 members of the Class of 1888 on Virtual Memorial Hall.

The "category" links below lead to lists of related Honorees; use them to explore further the service and sacrifice of the alumni in Memorial Hall.
Retrieved from "http://usnamemorialhall.org/index.php?title=HENRY_K._BENHAM,_LT,_USN&oldid=113096"
Category:
Hidden category: