Herman Lamar Driskell, Jr. was admitted to the Naval Academy from Louisiana on July 10, 1946 at age 19 years 8 months. He left sometime after October 1947 and before September 1948. (Unable to determine details because the 1948 edition of the US Naval Academy Register isn't scanned or available.) 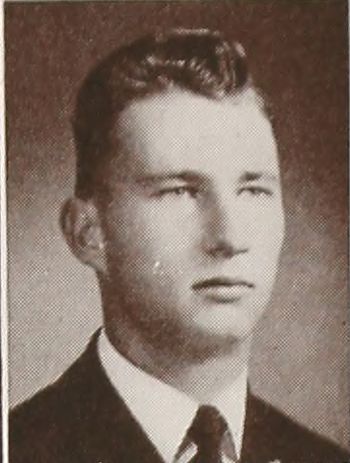 Midshipman 3/c Herman Driskell, from the 1948B Lucky Bag.

Herman is listed with "Those We Left Behind" in the 1950 Lucky Bag.

Herman was among 98 allied soldiers lost at the Battle of Chonan on July 6, 1950 in combat with vastly superior North Korean forces.

His battalion, the 1st Battalion of the 24th Infantry Regiment, was nearly destroyed in the battle; it suffered a loss of nearly two thirds of its manpower and most of its heavy equipment.

Herman is buried in Louisiana.

Herman is one of 37 members of the Class of 1950 on Virtual Memorial Hall.