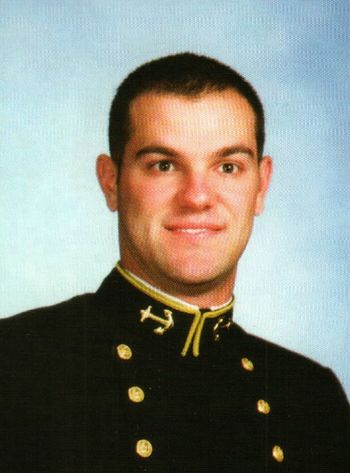 John 8:32 "Then you will know the truth, and the truth will set you free"

Psalm 145:19 "He fulfills the desires of those who fear him; he hears their cry and saves them."

Pslam 37:4 "Delight yourself in the Lord and He will give you the desires of your heart."

A rich person is not the one who has the most, but one who needs the least.

1 Corinthians 1:18 "For the message of the cross is foolishness to those who are perishing, but to us who are being saved it is the power of God."

John 8:32 "Then you will know the truth, and the truth will set you free"

Psalm 145:19 "He fulfills the desires of those who fear him; he hears their cry and saves them."

Pslam 37:4 "Delight yourself in the Lord and He will give you the desires of your heart."

A rich person is not the one who has the most, but one who needs the least.

1 Corinthians 1:18 "For the message of the cross is foolishness to those who are perishing, but to us who are being saved it is the power of God."

From the Joe Houston Memorial Trust:

Speaking as a company mate and dear friend, Joe’s loss is profoundly difficult. From the moment Plebe Summer started on July 1, 1998, everyone in our company loved Joe. As we sweated profusely up on 5-3, attempting in vain to instantaneously absorb the names and hometowns of 30 plus classmates hurriedly scribbled in the back of our Reef Notes, we breathed a sigh of relief when we got to Joe’s name: John J. Houston, from Houston, TX. To this day, we can all recall: “Joe Houston-Houston, TX.”

But as we came to find out, Joe was much more than an easily memorized Plebe rate; Joe was the embodiment of the Naval Academy mission. He was disciplined, methodical, quick to praise others, selfless in his time with friends, a servant who participated in humanitarian causes outside the Academy, and above all else, wholly devoted to the Navy and his country. The hallmarks of Joe that we in 2nd Company came to know were: a pristine uniform, flawless physical conditioning, a humble manner, and perhaps a late study light that always seemed to be burning. Joe was an exemplary midshipman, scholar and patriot who yearned to be a leader.

Joe always charted his own course. Our company officer once affectionately called Joe "one of his rebels." That comment wasn’t intended as a smear, but rather as an acknowledgment of Joe’s free spirit, a free spirit that propelled him to critically examine issues, to spend his off hours on countless adventures ranging from learning to scuba dive to qualifying as a free-fall parachutist. He was as comfortable lending a hand in training plebes on Saturday morning as he was sitting down with a classmate to talk about his faith. Ultimately, Joe knew exactly who he was and wasted no time at the Academy or in his career in pursuing his goals. His unassuming nature was juxtaposed with a relentless self-confidence that put others at ease and engendered trust in those who served with him.

After commissioning, Joe pursued one of his lifelong dreams to become a helicopter pilot, and completed two deployments in support of combat operations. At the time of his death, Joe could not have been more ecstatic about the direction of his life. He was excited to give back to his community as a flight instructor, and as a helicopter pilot, thrilled with the challenge of getting behind the stick of an airplane again. Lastly, Joe spoke to me in recent months with great fondness about the opportunity to serve near his family in his beloved home state of Texas and the blessing of new love in the arms of his fiancée, Jenn.

Joe leaves here on Earth a beloved fiancée, Jennifer, a beautiful son, Asher, age 5, two incredible parents, John and Glyndell, a brother Jimmy and a sister-in-law, Kendra. He was a man who had supreme faith in God, and we believe is resting in His presence now. Dan Hancock '02

He loved being an engineer, adventuresome, loved Texas A&M (that's where his dad went), always had an A&M hat on during liberty. Some of his stories I can't tell in public...but one of the funnier ones, we had finished a Friday parade, showered, ready to go out on a Friday night for dinner, movie, etc, he can't find his keys anywhere...we're all tearing apart his room, the 3-1 deck, wardroom, etc. No luck. Finally decide to either walk or another person go get his illegally parked car. We walk outside Gate 3 by the chapel, his car is parked there, keys in the ignition, running, lights on; he had gone to get his parked car, got a spot outside the gate, and just gone blonde on us...

Joe was just a solid guy. I said most of it in my remarks you grabbed from the website. Utterly, totally, devoted to his son and family. Loving parents that are seriously the best parents I've ever met. Raised a total gentleman, scholar, and overall great guy. He was polar opposites from his artistic, non-military younger brother but loved him greatly and was so proud of his ability (now a professional artist).

If there was an adventure to be had, a challenge to vanquish, Joe was there.

That was just him. Solid character, all fun.

The Joe Houston Memorial Trust "is a trust fund established in loving memory of Lieutenant John J. "Joe" Houston, US Navy, by his close friends and company mates from the 2nd Company, United States Naval Academy, Class of 2002. The expressed purpose is two-fold: First, to provide a solid financial foundation for Joe's son Asher. Secondly, we as a company, as Joe's band of brothers, pledge our steadfast support to the Houston family and to Asher, and to provide a safe haven, financially, physically, emotionally, and spiritually as long as we live. We welcome Asher into our family. We welcome Asher to 2nd Company."

Joe is memorialized in the book In the Shadow of Greatness, a two-time Los Angeles Times Best Seller that was published in 2012.

He was further memorialized in the book "Letters to Asher," written by his father and published in 2020.

Brett Miller '01 was also killed in this crash.

John is one of 4 members of the Class of 2002 on Virtual Memorial Hall.

The "category" links below lead to lists of related Honorees; use them to explore further the service and sacrifice of the alumni in Memorial Hall.
Retrieved from "http://usnamemorialhall.org/index.php?title=JOHN_J._HOUSTON,_LT,_USN&oldid=135934"
Categories: