Andrew William Zulli, Jr. was admitted to the Naval Academy from Clifton Park, Pennsylvania on July 19, 1950 at age 19 years 2 months. He was previously a member of the Naval Reserve.

Andrew is not included in the 1954 Lucky Bag. 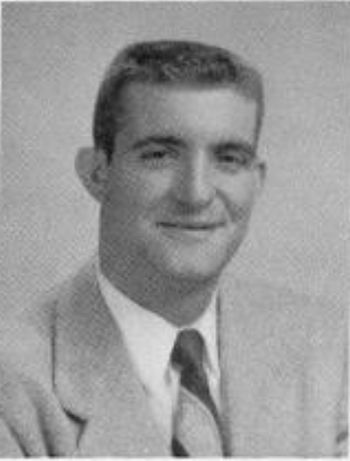 Andrew was lost on September 20, 1956 when his "jeep collided with a truck convoy" in Germany.

After graduating from Clifton Heights, Zulli prepped at Bullis for six months, and in September, 1950, he entered the U.S. Naval Academy where he stayed six months before transferring to University of Dayton in Ohio where he played three years of varsity football. Following his graduation in 1954 from Dayton, where he was a member of the ROTC, Zulli entered the Army and took his basic infantry training course at Fort Benning, Ga. He was assigned to duty in Germany in May, 1955, and was a platoon leader in the 43rd Armored Infantry Battalion, 2nd Armored Division at the time. Later he rose up the ranks to become 1st Lt. He is survived by bis parents, and a sister, Kathy.

The "Lt. Andrew W. Zulli Jr. Memorial Trophy" was awarded at the University of Dayton in December 1956; he was described as a "former football great." The award was still being conferred in 1973.

Andrew is one of 37 members of the Class of 1954 on Virtual Memorial Hall.