Raid on the Marshall Islands

George Bellinger '32, Francis Maher, Jr. '35, and Jack Moore '36 were all flying from Yorktown and were all lost that day. George Bellinger's plane simply "failed to return;" he had last been seen in the vicinity of Jaluit as the leader of a bombing section. Jack Moore's plane also "failed to return;" no other information was given in the after-action report. Francis Maher may have been the pilot of the plane observed in the water approximately 20 miles astern of the carrier, presumably having crashed due to a lack of fuel. The crew were seen getting into rubber rafts, but "a destroyer was immediately sent back but failed to make contact."

A fourth graduate, Edward Worthington '34, was lost when his float plane, launched from Louisville, went missing and was possibly shot down by a Japanese patrol bomber.

Separately, Task Force 8 was raiding other islands in the group. Hallsted Hopping '24, commanding officer of Scouting Squadron (VS) 6, flying from USS Enterprise (CV 6). His aircraft was shot down by a Japanese fighter and he and his gunner were both killed.

All three of the documents below are via Matt Robbins '04. Note times are in Greenwich mean time. 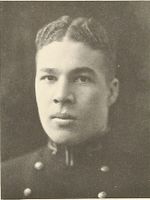 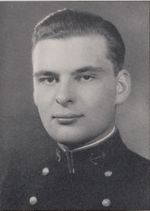 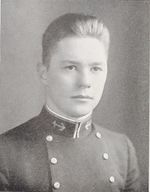 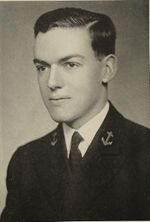 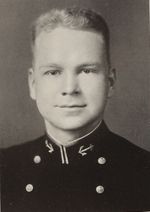 The following 5 pages are in this category, out of 5 total.

Retrieved from "http://usnamemorialhall.org/index.php?title=Category:Marshall_Islands_Raid&oldid=155715"
This page was last modified at 14:40 on 22 June 2022.
About USNA Virtual Memorial Hall