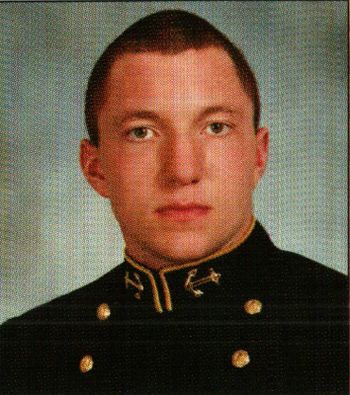 From the March-April 2012 issue of Shipmate:

Captain Daniel B. Bartle, USMC, died on 19 January 2012 in a helicopter crash while serving our country in Afghanistan. He was 27 years old.

"Dan" was born on 9 April 1984 in Salinas, CA, to John and Sandra Bartle. He lived in Missoula, MT, before moving to Ferndale, WA, as a high school freshman. He graduated as valedictorian from Ferndale High School in 2002 with a 4.0 GPA.

Upon graduating from the U.S. Naval Academy in 2006 with a B.S.in electrical engineering and a minor in Spanish, which he spoke fluently, he chose to serve in the U.S. Marine Corps. He earned numerous awards and medals including two Air Medals, a Navy and Marine Corps Achievement Medal and a National Defense Service Medal.

His strong work ethic, love of laughter, and humility made him adored and admired by all those who were fortunate enough to have known him. Dan enjoyed traveling, snowboarding, kite surfing, power lifting and listening to music.

He was preceded in death by his brother, Michael, in 1997. He is survived by his parents, John and Sandra Bartle; sister, Sheila and her husband, John Davis and their children, Ashley Kennedy and Collin Davis; brother, John and his wife, Anastasia Bartle and their children, Hannah, Emma, Sophia, Ava and Julia; Michael's sons, Bishop and Devon Bartle and their mother, Shelly Verwolf; and many loving family members and friends. 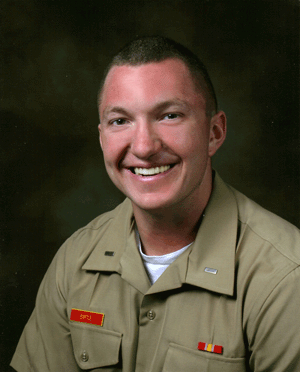 Marine from Ferndale killed in Afghanistan

CALEB HUTTON - THE BELLINGHAM HERALD AND THE ASSOCIATED PRESS

FERNDALE — A U.S. Marine from Ferndale was among six Marines killed in a helicopter crash in Afghanistan, the Defense Department announced Saturday, Jan. 21.

Bartle, who graduated as a valedictorian from Ferndale High School in 2002, had been decorated with two Air Medals and a Navy and Marine Corps Achievement Medal, among other awards. This was his second deployment to Afghanistan.

“Men of humility and honor are rare in this world,” his family said in a prepared statement. “Daniel lived these values every single day and inspired others to do the same. He was a loving son, brother, uncle and friend, and though his death saddens us greatly, we are finding consolation in all the love, laughter and joy that he gave to those who were fortunate enough to know him.”

Plans were pending Saturday evening for Bartle’s memorial service and the return of his remains from overseas.

Bartle was born in Salinas, Calif. He lived in Missoula, Mont., before moving to Ferndale as a high school freshman. He graduated high school with a 4.0 GPA.

Nick Carlson, a Ferndale High School teacher who taught Bartle when he was a senior, remembered him as a humble student who, despite his good grades, never talked about his own accomplishments.

Bartle told The Bellingham Herald in 2002 that after he finished college at the U.S. Naval Academy in Annapolis, Md., he planned to see the world.

John Davis, Bartle’s brother-in-law who spoke on behalf of the family, said Bartle grew into a well-rounded man: He was fluent in Spanish, loved to lift weights and majored in electrical engineering. But his talents never went to his head.

“He just quietly went about his way,” Davis said. “He was an exceptional kid, just a really special person.”

Bartle always had a desire to serve others, and that led him to serve in the military, Davis said.

“The helicopter program looked challenging,” he said, “and he was always up for a challenge.”

Bartle was commissioned into the Marine Corps in May 2006. He reported for duty with the Marine Heavy Helicopter Squadron 363 in July 2011. He had been promoted to captain the year before.

Bartle and McHone were the pilots of the aircraft. Riddick was the helicopter’s crew chief.

The cause of the crash of the CH-53D helicopter was still being investigated, but a statement issued by the NATO international military coalition said there was no enemy activity in the area when it happened.

The squadron had been sent to Afghanistan in August as part of a seven-month deployment, said Kaneohe Bay spokeswoman 1st Lt. Diann Olson.

The crew was supporting combat operations in the Helmand province, according to the Department of Defense. They were assigned to HMH-363, Marine Aircraft Group 24, 1st Marine Aircraft Wing, III Marine Expeditionary Force, Kaneohe Bay, Hawaii.

Thursday’s crash was the deadliest in Afghanistan since August 2011, when 30 American troops died after a Chinook helicopter apparently was shot down in Wardak province in the center of the country.

CH-53D Sea Stallion helicopters were first used in the 1960s, and the Marine Corps flew them in the Vietnam War.

The CH-53D is the same model as a helicopter that crashed and killed a Marine in a bay off Hawaii on March 29, 2011. An investigation later revealed mechanical failure caused that accident.

In 2005, the Kaneohe Bay Marine base lost 27 Marines when a CH-53E Super Stallion deployed to Iraq crashed during a desert sandstorm. Altogether, 30 Marines and a Navy medic were killed in that crash.

All Sea Stallions still used operationally are stationed at Kaneohe Bay. The military plans to replace them with the MV-22 Osprey.

In January 2012, Captain Bartle was one of six Marines killed in the line of duty when their Vietnam era CH-53D Sea Stallion helicopter crashed due to mechanical failure at end of its service life in Afghanistan.

Daniel Benjamin Bartle was born on April 9, 1984 in Salinas California to John and Sandra Bartle. He grew up in Missoula, Montana, before moving to Ferndale, Washington, as a high school freshman. In 2002, he graduated as valedictorian from Ferndale High School with a 4.0 GPA. Midshipman Bartle was a member of the 25th Company and competed on the power lifting team. Midshipman Bartle graduated from the United States Naval Academy in 2006 with a Bachelor of Science Degree in electrical engineering and a minor in Spanish, which he spoke fluently.

On January 19, 2012, Captain Bartle was killed in the line of duty when his helicopter crash while serving in his second tour of duty in Helmand Province, Afghanistan. They were flying their second combat mission that night. There was no enemy activity in the area when the crash occurred. He was one of six Marines killed in the crash of the Vietnam era CH-53D Sea Stallion helicopter, BuNo 157174. Also killed in Thursday’s crash were fellow HMH-363 Marines Captain Nathan R. McHone, 29, of Crystal Lake, Illinois; Master Sargent Travis W. Riddick, 40, of Centerville, Iowa; Corporal Jesse W. Stites, 23, of North Beach, Maryland; Corporal Kevin J. Reinhard, 25, of Colonia, New Jersey; and Corporal Joseph D. Logan, 22, of Willis, Texas. Captain Bartle and McHone were the pilots of the aircraft. Master Sargent Riddick was the helicopter’s crew chief.

The investigation into the January 19, 2012 crash revealed that during a night mission in southern Afghanistan’s Helmand province, the main rotor and a portion of the gearbox completely detached from the helicopter, causing the aircraft to plummet to the ground. A second helicopter was flying in tandem with them. The two aircraft were conducting a nighttime resupply mission for the 2nd Battalion, 4th Marine Regiment. The two choppers left Forward Operating Base Edinburgh and were flying in a holding pattern at a checkpoint east of Musa Quela, awaiting clearance to proceed. One of two observers saw what initially appeared to be flares, a defense against missiles, set off by Captain Bartle’s CH-53D. But it then became apparent that sparks were coming from the top aft transmission of the chopper. A crash and fire ensued. There were no apparent signs of enemy attack or movement. Tracer rounds could be seen after the crash that likely was ammunition “cooking off” in the fire.

Captain Bartle and his crew are remembered with a memorial marker in Arlington National Cemetery, Arlington Virginia, Section 60, Site 10488.

Daniel is one of 4 members of the Class of 2006 on Virtual Memorial Hall.

The "category" links below lead to lists of related Honorees; use them to explore further the service and sacrifice of the alumni in Memorial Hall.
Retrieved from "http://usnamemorialhall.org/index.php?title=DANIEL_B._BARTLE,_CAPT,_USMC&oldid=105613"
Categories: