Horatio Hill Hooke was admitted to the Naval Academy from Illinois on September 26, 1874 at age 17 years 0 months. 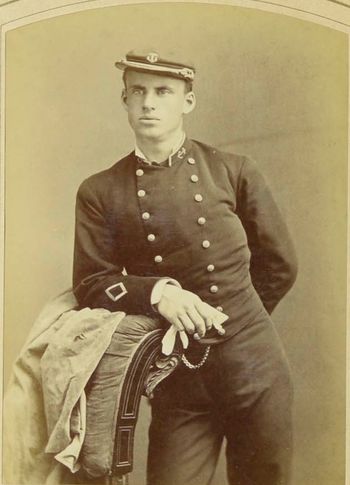 His family settled in the area, near Colorado Springs; Horatio is buried in Colorado.

There is a photo of him in the (offline) collection of the Naval Academy Library.

A special thank you to Kathy Franz, a historian who located Horatio's cause of death and photograph.

Horatio is one of 3 members of the Class of 1878 on Virtual Memorial Hall.