Philip Van Horn Lansdale was admitted to the Naval Academy from Washington, D.C. on June 6, 1873 at age 15 years 3 months. 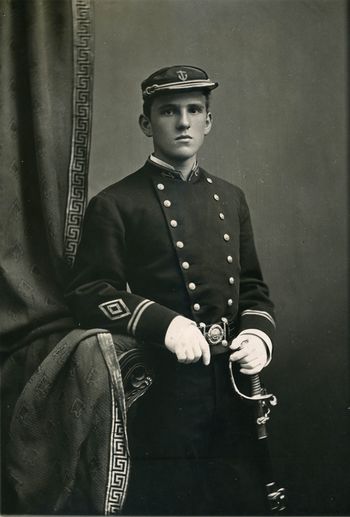 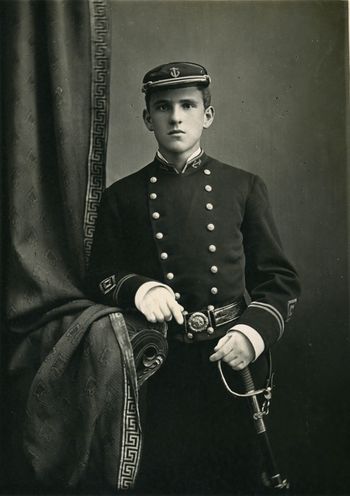 After visiting Honolulu for ceremonies which transferred the sovereignty of the Hawaiian Islands to the United States, Philadelphia, flagship of Rear Admiral Albert Kautz, Commander, Pacific Station, arrived Apia, Samoa, 6 March 1899. An unstable political climate, created by rival Samoan factions and German presence, erupted into open hostility during the month. A combined American and British naval force sought to keep the peace, but natives attacked American and British consulates late in March.

A British and American landing party set out from Apia in late March. On 1 April during a mission to drive off the forces under King Mataafa. With Lieutenant Lansdale in command, the landing party was ambushed and forced to retreat after a fierce fight near Vailele.

While protecting the evacuation of a mortally wounded machinegunner, Lieutenant Lansdale was seriously wounded, his right leg shattered by an enemy bullet. Aided by two enlisted men, Ensign John R. Monaghan carried him until he dropped from exhaustion. Despite Lansdale’s plea, “Monny, you leave me now, I cannot go any further,” Ensign Monaghan remained beside the fallen lieutenant. With only one rifle between them, they were soon overrun by pursuing Mataafan Samoan forces; both officers died on the spot. Seaman Norman Edsall and another sailor also were killed.

He was survived by his wife and is buried in California.

Philip's classmates erected a plaque to his honor in Memorial Hall.

John Monaghan '95 was also lost in this action.

Midshipman, no duty station given

Philip is one of 4 members of the Class of 1877 on Virtual Memorial Hall.

The "category" links below lead to lists of related Honorees; use them to explore further the service and sacrifice of the alumni in Memorial Hall.
Retrieved from "http://usnamemorialhall.org/index.php?title=PHILIP_V._LANSDALE,_LT,_USN&oldid=123965"
Categories: