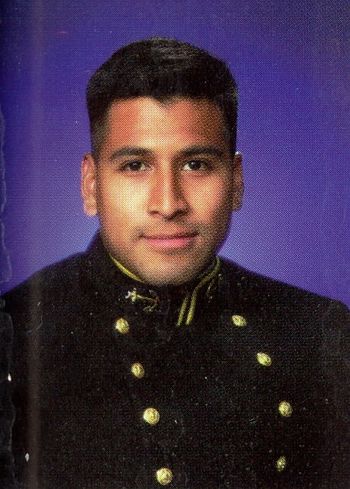 From the Corpus Christi Caller-Times on January 28, 2006:

The single-propeller T-34 crashed into a field off Yorktown Boulevard between Linda Lee Road and Madison Street at 9:43 a.m. The T-34C craft, assigned to Training Squadron 27, crashed while conducting routine flight training, said Lt. j.g. Sean Robertson, public affairs officer with the Naval Air Training Command. The pilot's and student's names were not released, pending notification of their families.

But relatives identified one of those killed as Raul David Jimenez, 31, formerly of Freeport, according to The (Brazosport) Facts.

"He loved the service and flying," his mother, Elva Verrett, told The Facts. "The Lord blessed me with a real special son. That was his dream. That was always his dream. I was so proud of him because he accomplished what he always wanted in his life."

Robertson said he had no details on the investigation and wouldn't speculate about a cause. The squadron has suspended operations, he said.

Verrett said she was worried when her son told her he wanted to go Annapolis, but he soothed her.

Jimenez and his wife, Laura, were married in July 2004. They have no children.

"We've just lost a fine young man, and that's the bottom line," said Freeport Mayor James Phillips, who was principal at Brazosport High School part of the time that Jimenez was a student. "It just shows, military service has its risks. This was what he wanted to do. So I guess there's a positive factor to it - at least he was doing what he wanted to do."

Jimenez was in the band, on student council and played baseball before he left for the U.S. Naval Academy and later flew helicopters during the early stages of the war on terrorism, Phillips said.

The Brazosport Independent School District lists Raul on their Wall of Fame:

David Jimenez accomplished a great deal in his short life. Jimenez was a role model in high school, a leader as the corner-back of the 1992 Bi-district Exporter football team, as a member of the baseball team, the band, and student council. He graduated 7th in his class, earning various scholarships for athletics and academics.

Recommended for the United States Naval Academy in Annapolis by then Congressman Greg Laughlin, Jimenez went on to graduate from the Academy in 1997, with a BS in Aerospace Engineering. From there, David went on to Pensacola, Florida to flight training where he received his “golden wings.”

After 9/11 Lt. Jimenez answered the call to fly helicopters in Operation Enduring Freedom and in Operation Iraqi Freedom in support for the Global War on Terrorism.

When David would return to the area, on leave to visit his mother, he would often times visit BISD schools to encourage students to work hard and focus on their academics. As Lt. Jimenez told the students of Lanier Middle School on just such a visit, “I was sitting in your place once, now I have reached my goal. I wanted to go to college and I wanted to fly. If you better your education, you can succeed.”

Lt. Raul David Jimenez an inspiration to all who knew him and a role model for our youth, died in a training mission, January 27, 2006 at the age of 31. Jimenez accomplished a great deal in a life cut too short.

Raul is one of 4 members of the Class of 1998 on Virtual Memorial Hall.

The "category" links below lead to lists of related Honorees; use them to explore further the service and sacrifice of the alumni in Memorial Hall.
Retrieved from "http://usnamemorialhall.org/index.php?title=RAUL_D._JIMENEZ,_LT,_USN&oldid=106275"
Categories: