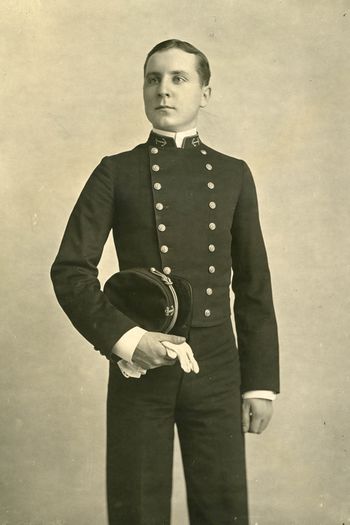 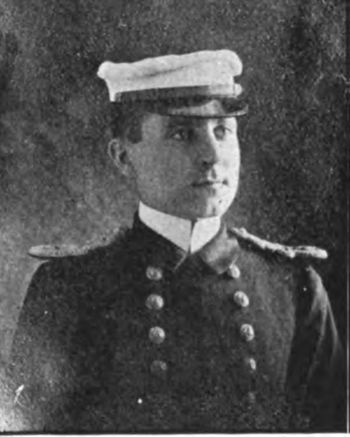 Frederic "died on board the U.S.S. Celtic Aug. 13, 1902;" he went missing overnight while underway from Manila to Sydney.

Though initial reports are that he "jumped" from the ship, by October 30 the "theory was discredited" and the ship's captain was censured for reporting it without witnesses or any basis in fact. A naval board of inquiry ruled his death an accident.

He lived in Denver in 1880 with his father Henry who was a jeweler, mother Carrie, sister Maud and brother Charles. Later moved to Sioux City. Henry was called "Doc". I saw one of his jewelry ads as "Doc", but his name appears as "Dr." in the news articles. Maud married Frank Marshall, and they named their son Holman, born 1892.

Naval Cadet, Texas
Others at this command:
ENS William Gise '93

Ensign, Petrel
Others at this command:
LCDR Jesse Roper '72

Frederic is one of 3 members of the Class of 1897 on Virtual Memorial Hall.

Retrieved from "http://usnamemorialhall.org/index.php?title=FREDERIC_R._HOLMAN,_LTJG,_USN&oldid=125497"
Categories:
Hidden category:
This page was last modified at 09:00 on 22 July 2020.
About USNA Virtual Memorial Hall