Friend William Jenkins was admitted to the Naval Academy from Pennsylvania on September 28, 1882 at age 17 years 3 months. 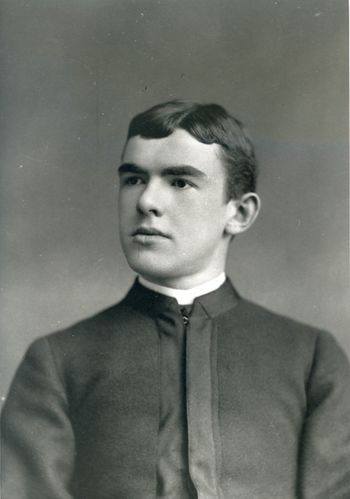 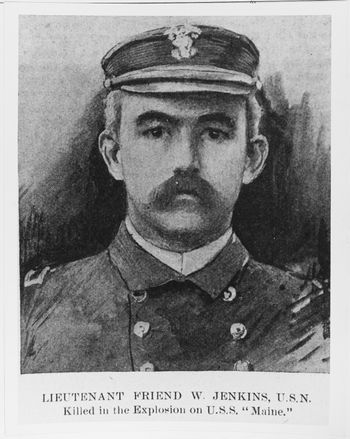 United States Naval Officer. A Lieutenant in the United States Navy, he was one of two officers killed in the sinking of the "USS Maine" in Havana harbor on February 15, 1898. He drowned when he was unable to reach an escape hatch as the vessel quickly sank. His remains were returned to his native Pittsburgh, where they lay in state at City Hall.

Friend is buried in Pennsylvania. He is listed on the killed in action panel in the front of Memorial Hall under the heading "MAINE EXPLOSION 1898."

Jenkins Road aboard Naval Surface Warfare Center Dahlgren is named for him.

Friend's classmates erected a plaque in his honor in Memorial Hall. It reads in part: "He spoke evil of no man."

Darwin Merritt '95 and John Blandin '82 were also aboard Maine when she was destroyed.

Friend is one of 2 members of the Class of 1886 on Virtual Memorial Hall.