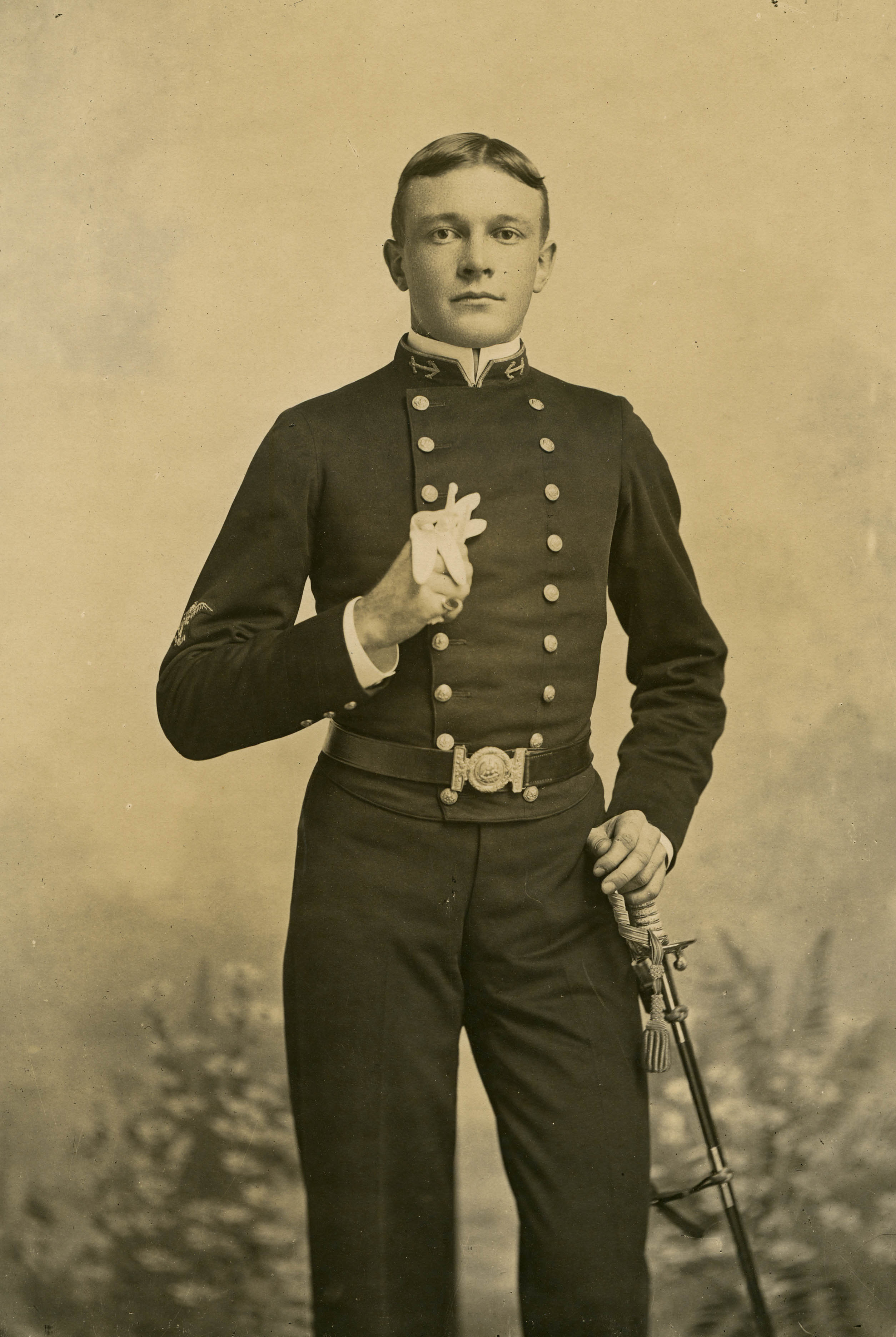 "Naval Cadet Jonas H. Holden in civilian attire, taken by Hart, from the book THE "MAINE" - AN ACCOUNT OF HER DESTRUCTION IN HAVANA HARBOR: THE PERSONAL NARRATIVE OF CAPTAIN CHARLES D. SIGSBEE, U.S.N. (New York: The Century Co., 1899), opp. p. 184."

After graduating from the Academy, he served on the U.S.S. Columbia. He was on the Maine when she was blown up in Havana, Cuba and was the last sailor to leave the wreck. During the Spanish American War, Commander Holden took part in many engagements in the West Indies.

Commander Holden was a passenger on the S.S. Marowijne when the ship was wrecked during a hurricane in the Gulf of Mexico. All on board perished.

The inscription on his headstone:

Proceeding from duty in command of the U.S.S. Annapolis to duty as director of target practice he was lost with all hands on the S.S. Marowijne during a hurricane in the Gulf of Mexico August 16, 1915.

He is buried in Vermont.

Jonas is the only member of the Class of 1896 in Memorial Hall.

The "category" links below lead to lists of related Honorees; use them to explore further the service and sacrifice of the alumni in Memorial Hall.
Retrieved from "http://usnamemorialhall.org/index.php?title=JONAS_H._HOLDEN,_CDR,_USN&oldid=116689"
Categories: