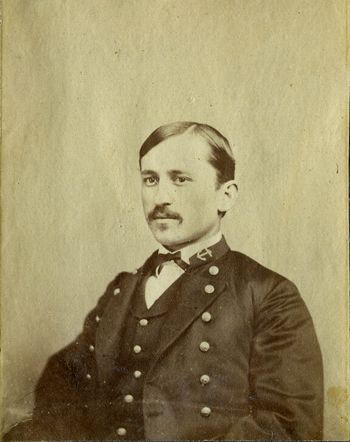 From researcher Kathy Franz: "William Uhler's father Edward worked as a cashier in the Lebanon National Bank. William was appointed by the influence of the Hon. Meyer Strouse."

MIDSHIPMAN W.E. UHLER wat appointed from Pennsylvania in July, 1864, and held a high and honorable position in hit class. He was a fine young officer.

Retrieved from "http://usnamemorialhall.org/index.php?title=WILLIAM_E._UHLER,_ENS,_USN&oldid=125604"
Categories:
This page was last modified at 15:07 on 26 July 2020.
About USNA Virtual Memorial Hall