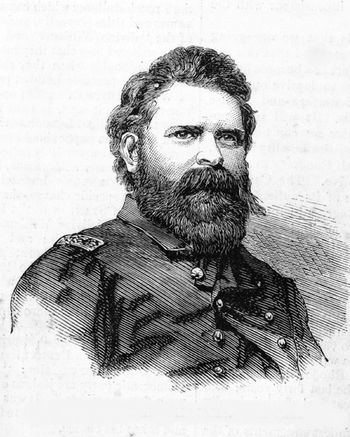 Edward was lost on January 24, 1870 when USS Oneida was sunk following a collision with a British merchant steamer while departing Yokohama harbor, Japan. One hundred twenty-four other officers and men were also lost. He was the commanding officer.

He was from Boothbay, Maine.

COMMANDER EDWARD P. WILLIAMS Of the unfortunate officers who lost their lives by he sinking of the Oneida Commander Edward P. Williams alone achieved reputation during the late rebellion, although nearly all the others participated in the various naval engagements and were able and gallant men. Commander Williams was born at Castine, Me., in 1827, and was appointed from that State to the naval service on the 9th of September, 1847. On leaving the Naval School, he was ordered to duty on board the sloop St. Marys, on which be remained until 1850, when he was ordered to the sloop Plymouth, and made his first cruise on her. From this vessel he went to the steam frigate Saranac, and in June, 1852, was ordered to the Naval Academy. On the 10th of June, 1852, he received his warrant as passed midshipman, and as such served on board the sloop Dale until 1855, when he was promoted to the rank of Lieutenant, his commission bearing date of September 16th of that year. At the outbreak of the rebellion Lieut. Williams was ordered to the Atlantic seaboard, and took an active part in the engagement on the Ogechee River. At the lauding of the Union troops at Pocataligo upon him devolved the duty of covering the expedition, which he performed well. Subsequently he was ordered to the squadron operating against Charleston, and distinguished himself in the numerous engagements that took place between the rebel batteries on Morris Island and the Federal fleet. At this time he held the rank of Lieutenant Commander, to which be had been commissioned on the 16th of July, 1862. He was one of the leaders in the famous night attack upon Fort Sumter, which was repulsed by the garrison with heavy lots to the Federals in killed, wounded and prisoners. Among the latter was Lieutenant Commander Williams, who remained in prison at Columbia, S. C., for over a year. On his exchange be was assigned to shore duty, on which he remained until the 9th of February, 1869, when he was ordered to command the ill-fated Oneida. On the 25th of July, 1866, he was commissioned a Commander, which rank be held at the time of his death. He was in all respects an able, gallant officer, and his manner of meeting death was as heroic as his life.

Lieutenant, Brig Dolphin
Others at this command:
LT Charles Flusser '53

Edward is one of 9 members of the Class of 1853 on Virtual Memorial Hall.

Retrieved from "http://usnamemorialhall.org/index.php?title=EDWARD_P._WILLIAMS,_CDR,_USN&oldid=125945"
Categories:
This page was last modified at 13:04 on 30 July 2020.
About USNA Virtual Memorial Hall