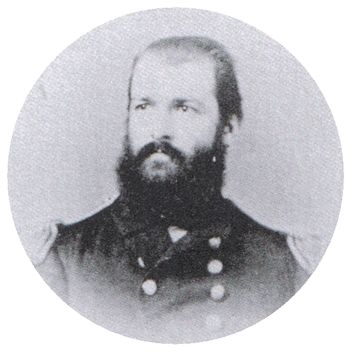 Andrew Boyd Cummings was born in Philadelphia, Pennsylvania, on 22 June 1830. He was appointed a Midshipman in the Navy in April 1847 and subsequently served at the U.S. Naval Academy and at sea on the frigate Brandywine, ship of the line Ohio and the sloops of war Saratoga and Marion. In 1853-1855, as a Passed Midshipman, Cummings was assigned to the steamer Fulton. Simultaneously promoted to the ranks of Master and Lieutenant in September 1855, his next shipboard service was on the sloop of war Dale in the African Squadron. In 1859 Lieutenant Cummings joined the steam sloop Richmond, remaining in her during her 1860-1861 Mediterranean deployment.

After Richmond returned to the United States in mid-1861 she, with Cummings as her First Lieutenant and Executive Officer, undertook active service against the Confederacy in the Gulf of Mexico, most notably the April 1862 capture of New Orleans and subsequent operations up the Mississippi River. Specifically commended for his performance, he was promoted to Lieutenant Commander in July 1862. Andrew Boyd Cummings was gravely wounded during Richmond's 14 March 1863 attempt to pass the batteries at Vicksburg, Mississippi and died four days later.

He is listed on the killed in action panel in the front of Memorial Hall. Andrew is buried in Pennsylvania. 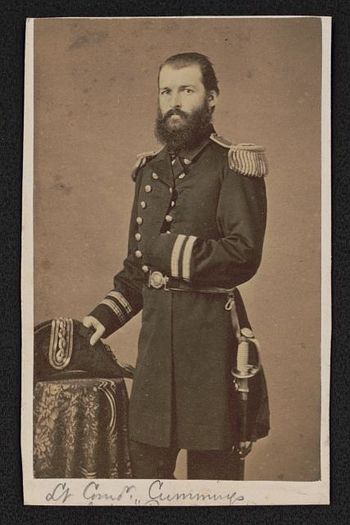 "Photograph from a Carte de Visite by Augustus Morand, Brooklyn, New York, circa 1862. Courtesy of Dr. Walter B. LaBerge, Under Secretary of the Army, 1978. U.S. Naval History and Heritage Command Photograph."

Andrew is one of 9 members of the Class of 1853 on Virtual Memorial Hall.

The "category" links below lead to lists of related Honorees; use them to explore further the service and sacrifice of the alumni in Memorial Hall.
Retrieved from "http://usnamemorialhall.org/index.php?title=ANDREW_B._CUMMINGS,_LCDR,_USN&oldid=115075"
Categories: