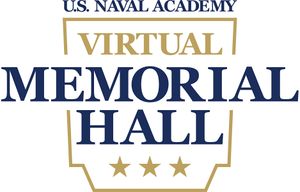 Below are some of the many, many notable articles on the site; they are listed here as an example of the countless stories of service, sacrifice, courage, perseverance, and heroism in Virtual Memorial Hall.

Please also see the Medal of Honor page -- which is inclusive of all alumni, not only those killed in action or other operations -- and the list of alumni awarded the Navy Cross.

John Rodgers '03 - an engaging and amazing story about first plane to attempt to fly nonstop to Hawaii from the mainland.

Willard Holdredge '39 and William Hogaboom '39 - both POW from Bataan, both Navy Cross, both killed in sinking of POW ship. Carter Simpson '39 extremely similar, with wartime diary that is simply incredible.

Peter Rodrick '64 - son wrote a book about him; exceptionally good excerpt on his page.

Robert Bianchi '83 - one of two brothers in Memorial Hall; exceptionally heartfelt and long remembrances by fiancee.

Brendan Looney '04 and Travis Manion '04 were roommates and are buried next to one another in Arlington National Cemetery.

Retrieved from "http://usnamemorialhall.org/index.php?title=Notable_Entries&oldid=147269"
This page was last modified at 11:36 on 15 April 2022.
About USNA Virtual Memorial Hall